VirusTotal Monitor Partner's aim is to ease false positive handling by antivirus companies. It is designed to provide VirusTotal participating AV scanners with hashes, file content, metadata and ownership information for any detection of a file in a Monitor collection. Note that files will only be shared upon a false positive.

As stated in VirusTotal Monitor overview software developers having an account in Monitor can upload their goodware collection to be periodically analysed by participating antivirus scanners. Note that these accounts are handed over to users once VirusTotal staff verifies and identifies them. Any of the hashes detected by your engine will be available in the Monitor Partner webapp or via the API calls documented bellow.

A common flow is described below:

For your convenience we generate a daily CSV formatted file with company name, hash and url with your detections. A new bundle is available each day at 1am UTC.
Additionally you can use this example python script to generate a similar report for your account at the current time, it will download all related hash files and its metadata storing it on your filesystem in json format.

You can also access information about your engine detections and collection size in daily statistics. 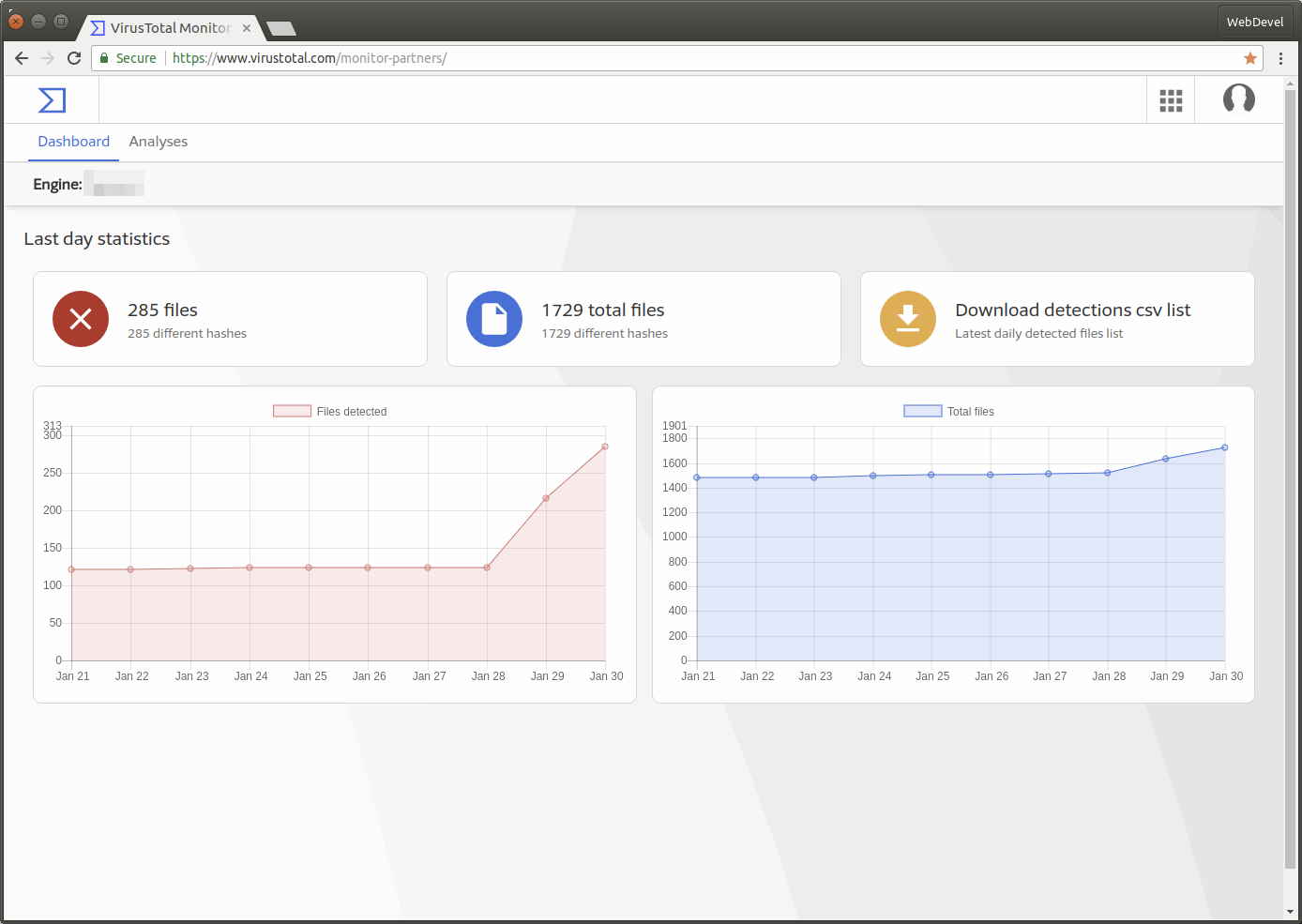 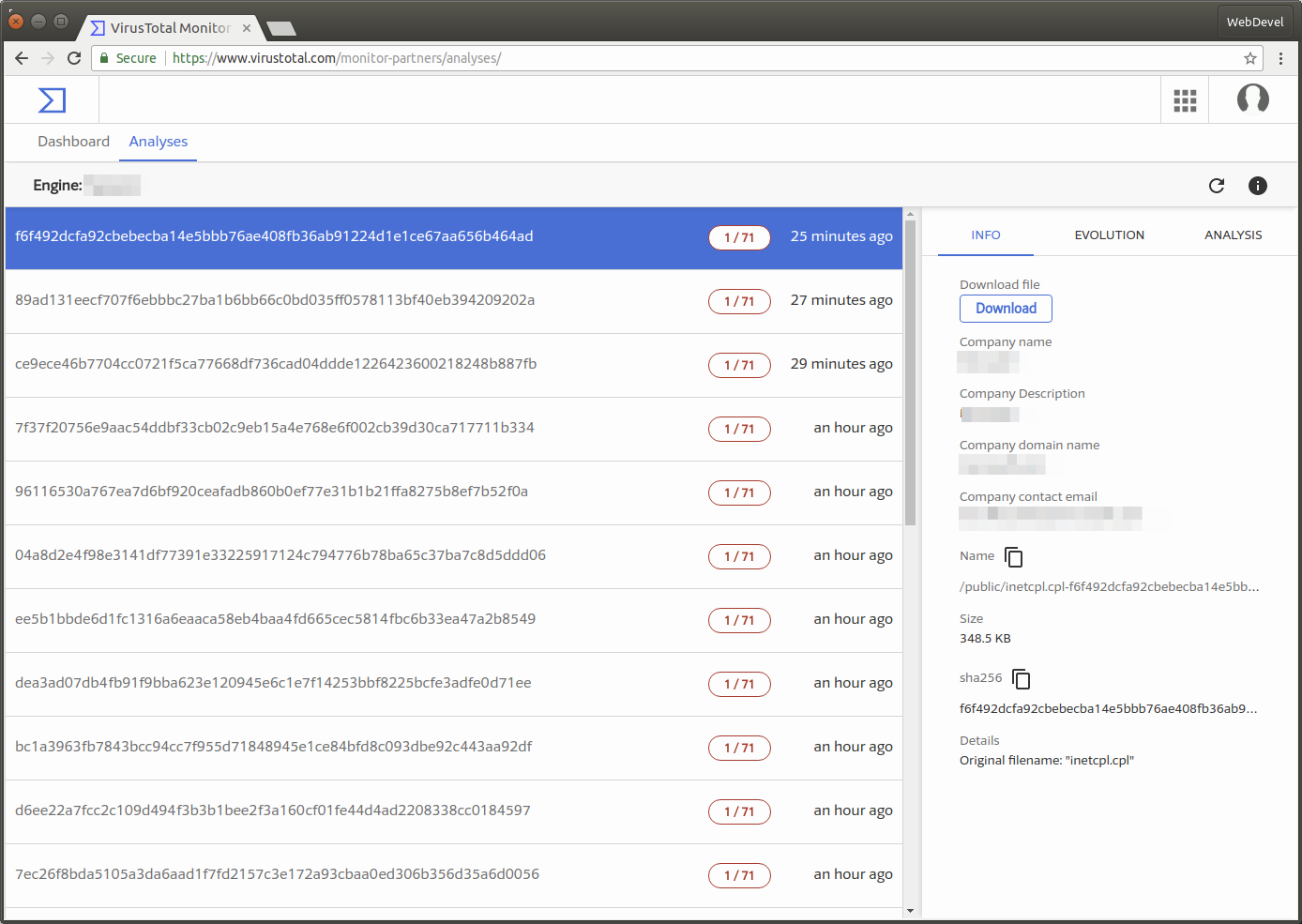 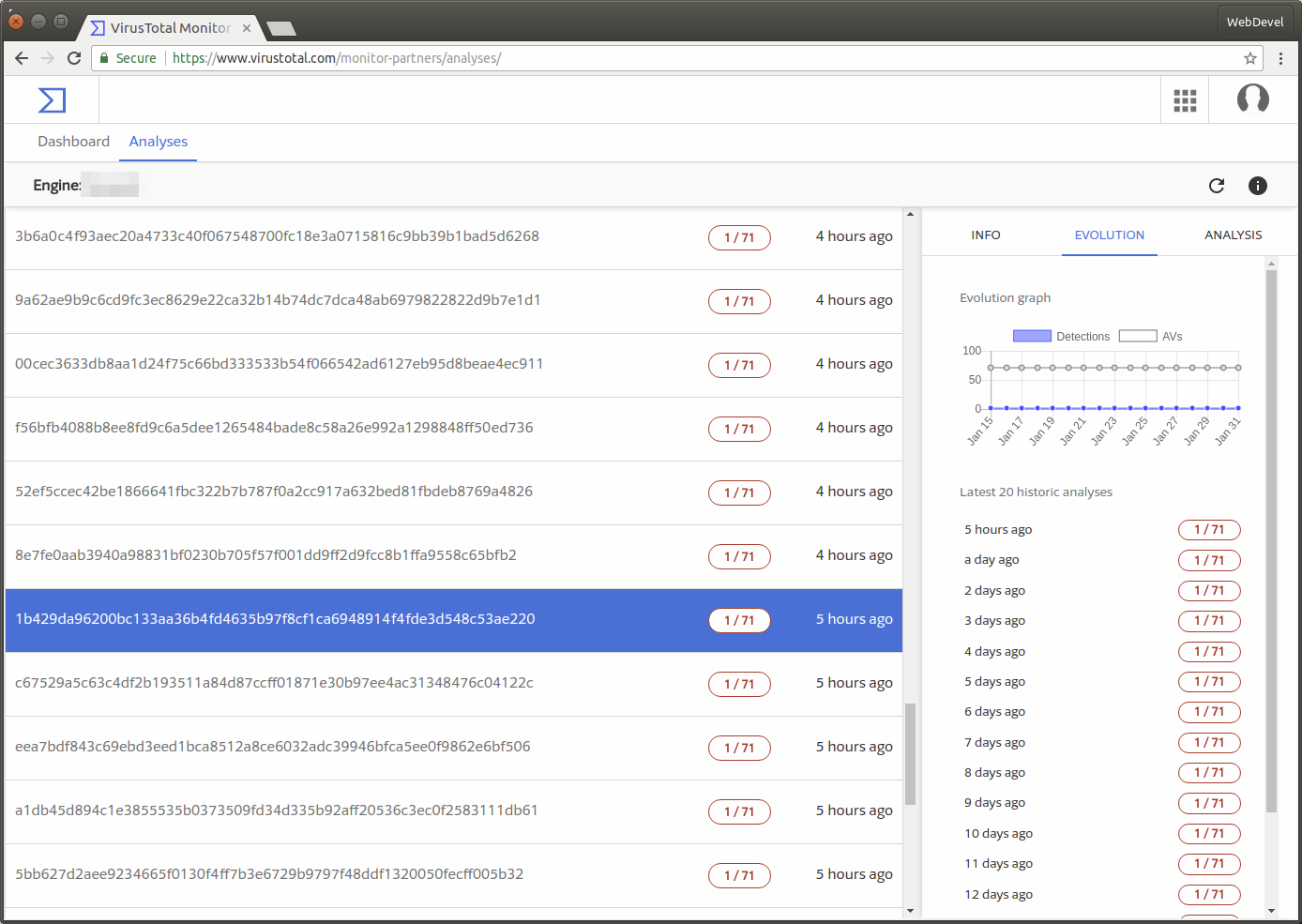 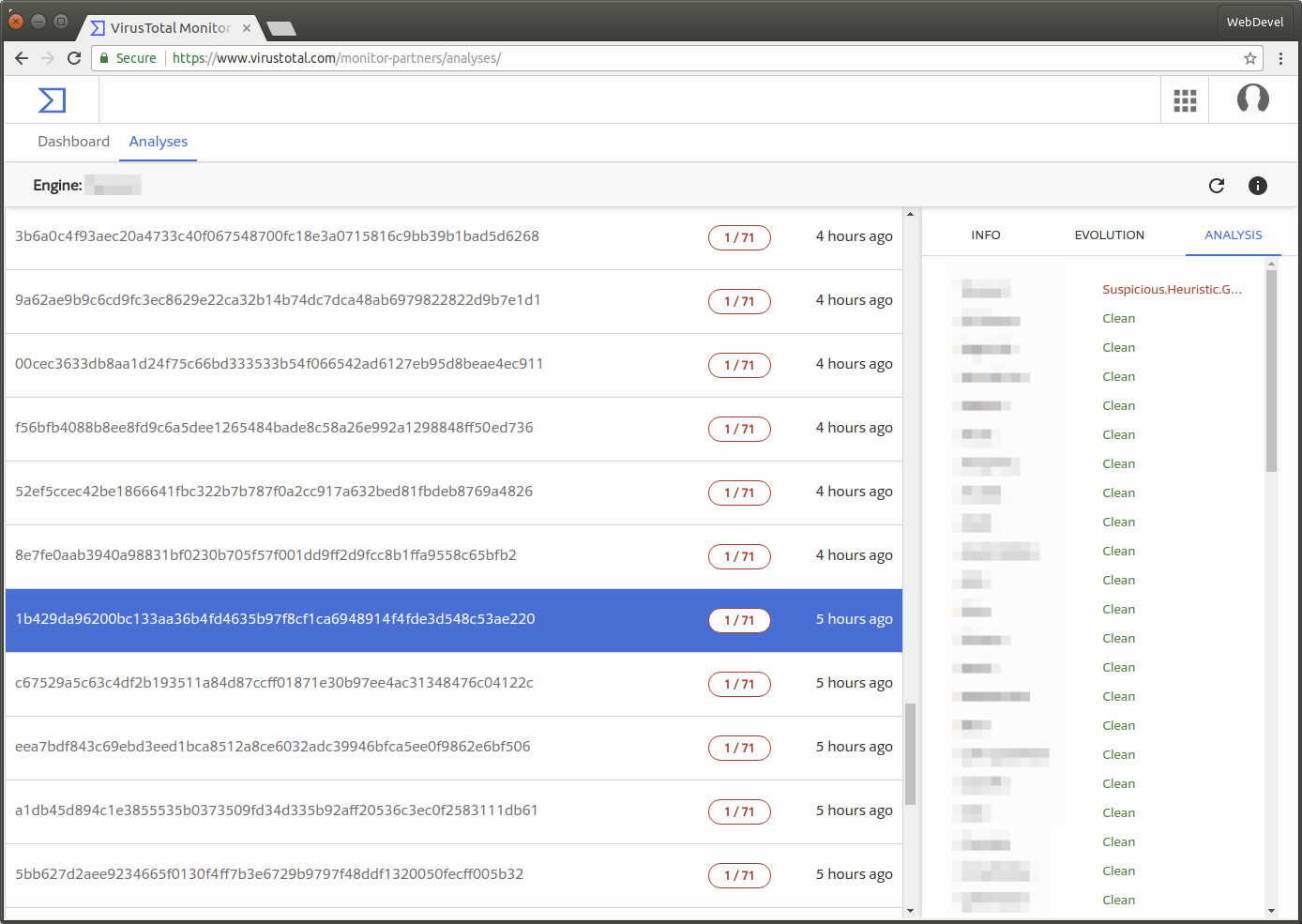